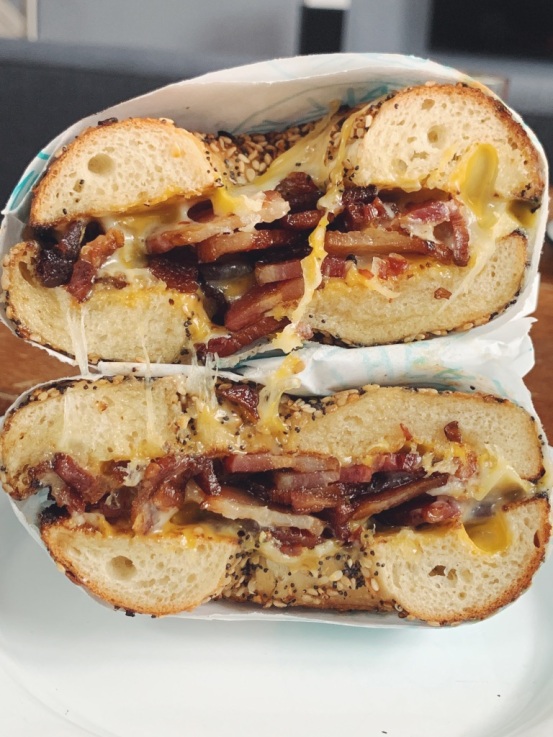 I made the mistake of going here opening weekend. I don’t know why I thought I would be able to just walk in.  There was a line down the block.  Oh well, I would go another day.  That day came about a month later when I was in the neighborhood on a weekday morning.

The space is small, but colorful, with communal seating. The colors are bright, and the seating and tableware is mismatched perfection. There’s a great view of seeing bagel making in action.  As soon as you walk in, there’s a stand with menus to ponder while you wait in the long line.

Side note:  I’m always fascinated by the people I see during the day.  I have a full-time day job and just happened to have the day off.  I’m dying to know what everyone else’s excuse was. I imagine them as stay-at-home mom’s, actors, or bartenders.  Maybe a freelance designer or two? 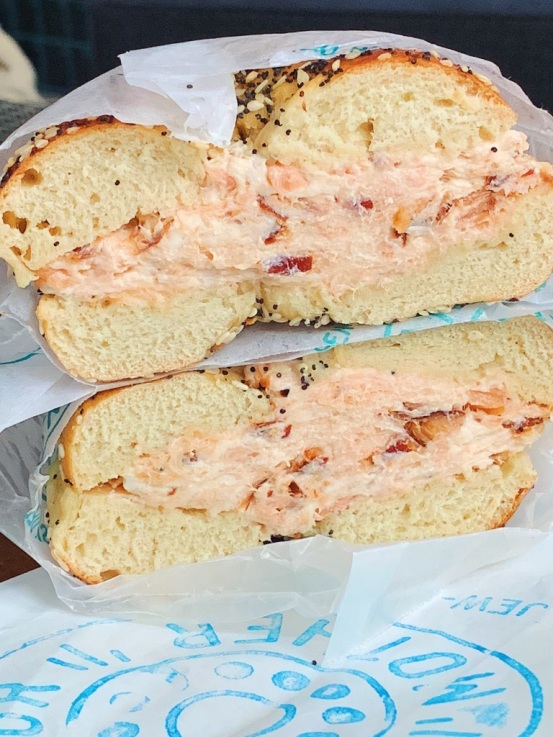 Anyway, I finally made it, and although a peanut butter and bacon bagel sammy sounded slightly gross and delicious at the same time, I went for an everything bagel with candied salmon cream cheese to go.  There wasn’t a seat to be found in the place.  I took my number and waited patiently for my order, watching one of the bakers pulling bagels out of the oven with a technique that rivals that of a Swiss clockmaker.  When I unwrapped the sandwich, I was blown away.  Instead of seeing a shmear of cream cheese with chunks of salmon, I had what looked like a candied salmon salad made of only cream cheese and salmon.  The bagel was soft, chewy, and satisfying.  I was glad that I made the time to go back. 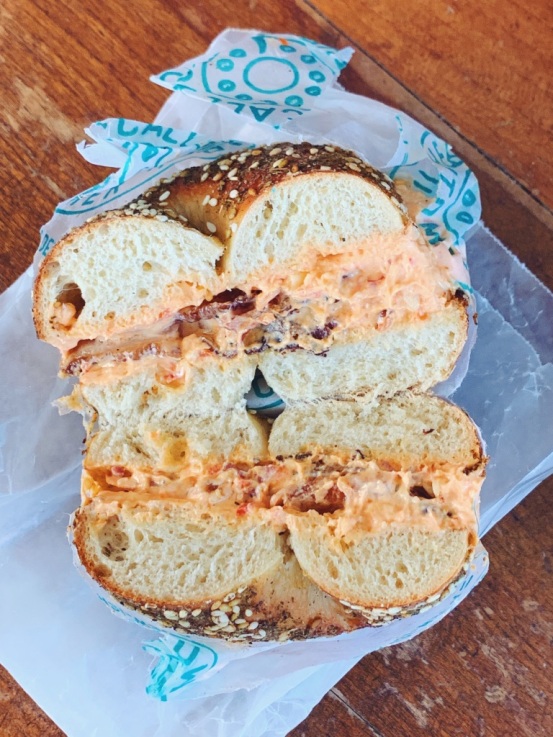 Fast forward to a month later, I just happened to be off again and stopped by.  This time pimento cheese (one of my favorites) was featured, so I had pimento cream cheese with bacon on a za’atar bagel. Yummo! I hope it’s in heavy rotation.