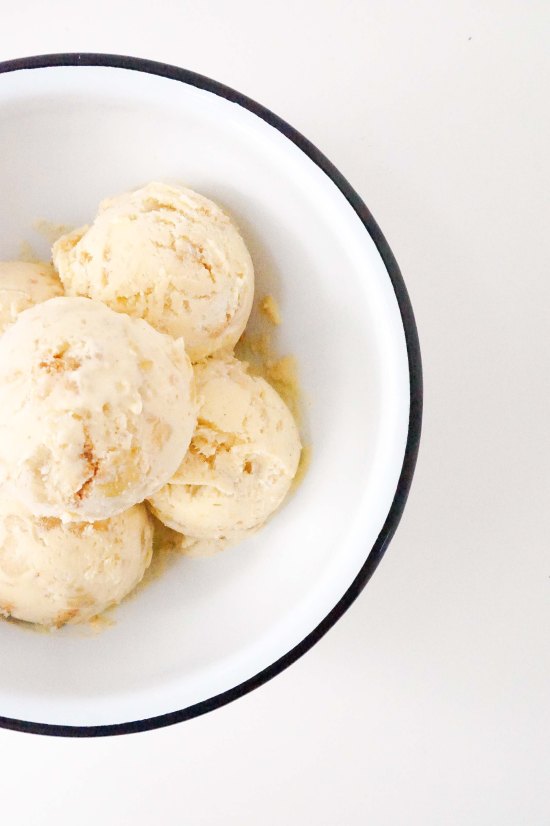 What I made:
Apple Pie Ice Cream

Original Recipe or did I make it myself?
Well…I started with a vanilla base recipe from Bon Appetit, and added sliced apple pie from Costco.

Did you say apple pie from Costco?
Yes! It’s my weakness. For $9.99 you get an oversized, double crust apple pie, that satisfies your sweet tooth, and any and every pie craving.

Why Apple Pie Ice Cream?
The pie purchase was spontaneous, and within two days I ate almost half of it. I could’ve easily eaten the entire pie, but didn’t want to have to go to the gym for the next six months trying to exercise the pie away, so I had the idea of preserving it in ice cream. And yes, I understand that I’m making an even more calorie laden dessert, but at least this one I can eat one spoonful at a time over a couple of months.

So how did it turn out?
Yummy! Who doesn’t like pie and ice cream? I just made the two into one dish.

Would you make it again?
Most definitely! This might be my new way of handling dessert left overs!

My favorite ice cream recipe is from bon apetit.