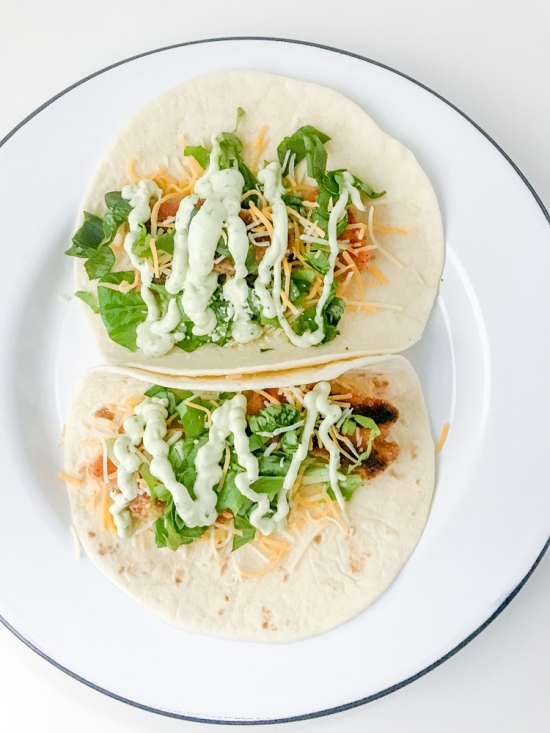 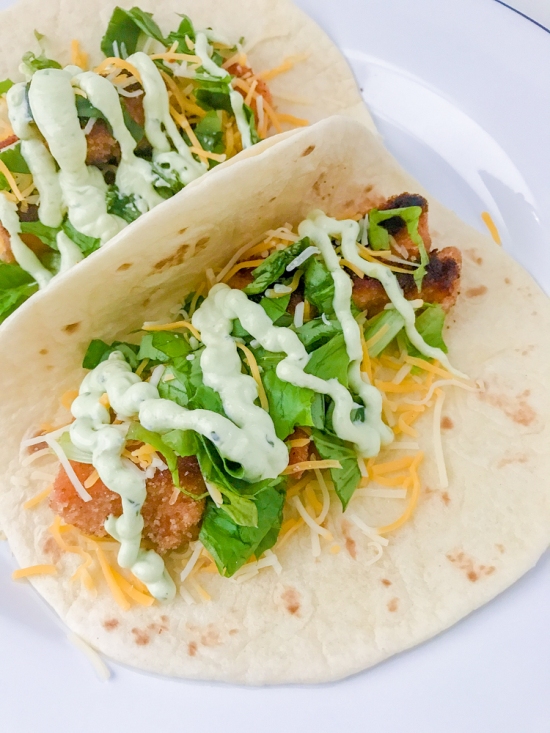 So I’m in an Instagram pod with a group of lovely ladies that live all over the globe. They are a great group, and we’re very supportive of each other. They are all so talented that I sometimes wonder why I was allowed to join!  Here’s an example.  @happyandharried posted a mouthwatering pic of salmon tacos. My son loves salmon, well lox, but he ate salmon often until one day he caught a bone during dinner. After that, it was no more salmon.  When I saw this pic for salmon tacos where the salmon was cut into “bites”, I knew I had to see if he would try it.  He agreed, and I made the salmon tacos with avocado crema.

I personally would’ve made this recipe as I found it, but I had to adapt it to an open, yet slight picky teenager.  I knew he wouldn’t eat the salsa or the avocado pieces, so I made the crema, chopped baby mixed greens with spinach, and added cheese.  I would’ve added cheese regardless.  Cheese is one of my food loves.

The dish came together quickly, and within 20 minutes we were sitting down to eat. They were so delicious!  So much so, that I tried to quickly take pics with my iPhone.  I hadn’t intended on posting this, but this was a dish that had to be shared!  The salmon was light with just the right amount of crispiness, with a hint of “taco” flavor.  To be honest, I used store bought taco seasoning, and debated over whether to use fish taco seasoning, or regular beef/turkey seasoning. I went with beef, and it was good.  There were smiles all around, and I was officially told that I should add this to my taco Tuesday rotation.  I love finding new and great recipes!

for the avocado crema:

for the salmon tacos: