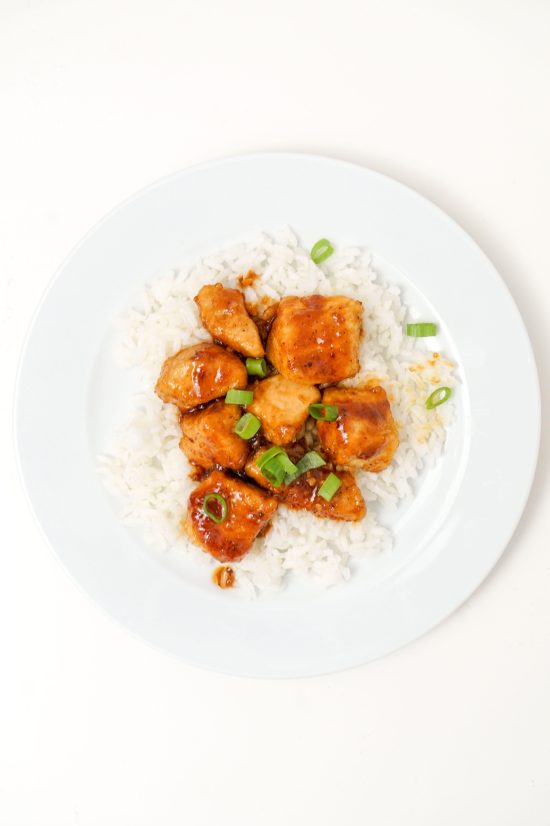 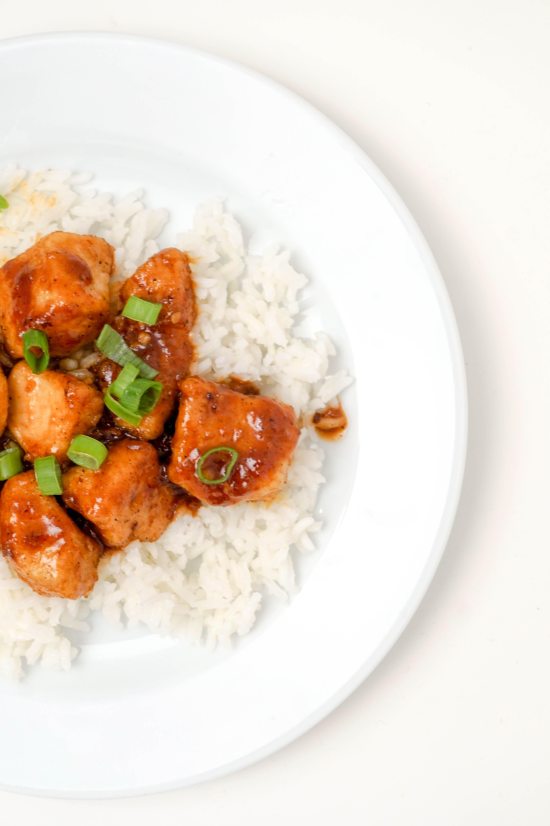 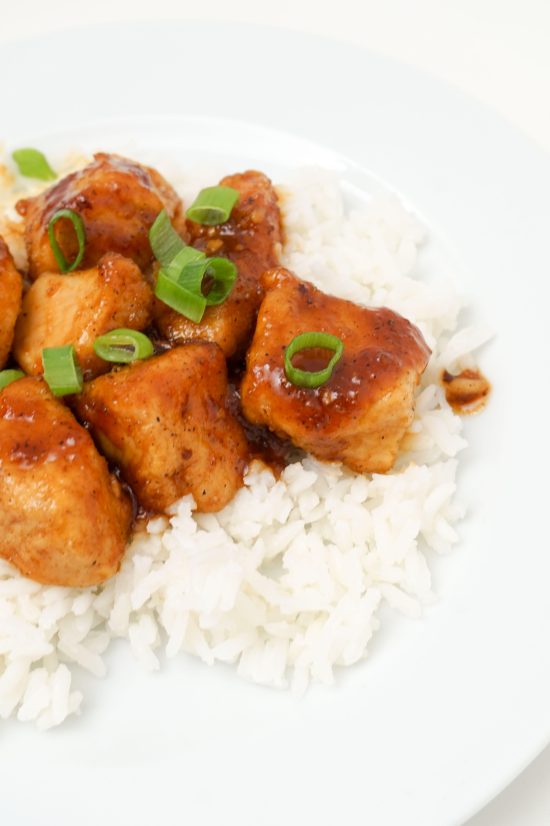 I’ve never had General Tso’s Chicken. I’ve heard of it, but the name alone never made sense to me as the name of a dish, so I never tried it. Until now. I needed a quick dinner, and I was short on supplies. I always seem to have chicken in the freezer, so I at least had a foundation. When I read the ingredients for an easy General Tso’s Chicken recipe on Epicurious, I had everything but string beans and scallions; and those would be two inexpensive items to pick up at the market.  I decided to swap out the string beans for broccoli because that’s the only veggie my son will really eat. Without a fight that is. I went to the market for my two ingredients, and came back with one. I was distracted by the cupcakes in the bakery section. Oh well, time to find out just how easy this simple General Tso’s Chicken was going to be.

It was easy! And overall, was quick to prepare. I think the hardest part was cooking the rice. Still trying to crack the code on that one. The most time-consuming part of the dish though was cooking the chicken. Because it’s cut into small pieces, you have to fry them in small batches at about 5 to 7 minutes per batch. The sauce thickens in minutes when all the chicken is cooked, and you’re left with a lovely light glaze. Since Miles isn’t a fan of super spicy foods, I only used a little gochujang sriracha, instead of both gochujang, and red chilis.

Overall I have to say that I loved this dish. There was a great balance between sweet and spicy along with a hint of ginger in the sauce, and the chicken had a very light crispy crust while remaining tender. I’m now torn between wanting to try General Tso’s in a restaurant, and just being content with my own version. I think I will stick with my own version, and add this recipe into my rotation.