A dear friend was feeling a little sad after hearing about the passing of Prince.  He’s been a fan since he was a little boy.  I thought I’d try to cheer him up by taking him out for tacos and ice cream since we both love tacos and have our favorite spot in Maryland.

This time, he wanted to try someplace new, but still authentic.  That can be hard to find in DC because most places here are Salvadorian.  That was until we stumbled upon Taqueria Distrito Federal.  Old bldg? Check.  Small space with maybe 5 tables? Check. More money spent on food (hopefully) than décor?  Check!  We also knew we were somewhere special because we saw out beloved condiments on the table consisting of salsa, pickled peppers and hot sauce.  I didn’t see the lime wedges, but that’s ok.  There was a new addition of something that looked like a cross between guacamole and salsa verde.  It was spicy and delicious. 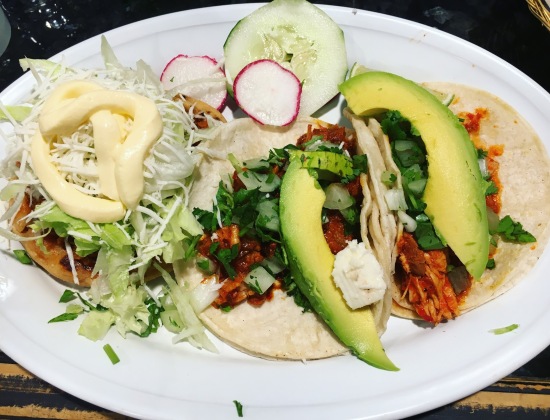 I was starving that day, so I ordered a taco al pastor, taco with shredded chicken and a sope with chorizo.  We also ordered guacamole for the table.  OMG, the tacos were yummy.  I don’t typically get chicken tacos, but this one was pretty good.  Also, I’ve never seen a slice of avocado on a taco, but that was a nice addition as well.  The star on my plate was the sope.  There’s nothing better than a thick corn cake with chorizo.  There’s nothing better than chorizo.  Well, nothing other than bacon. 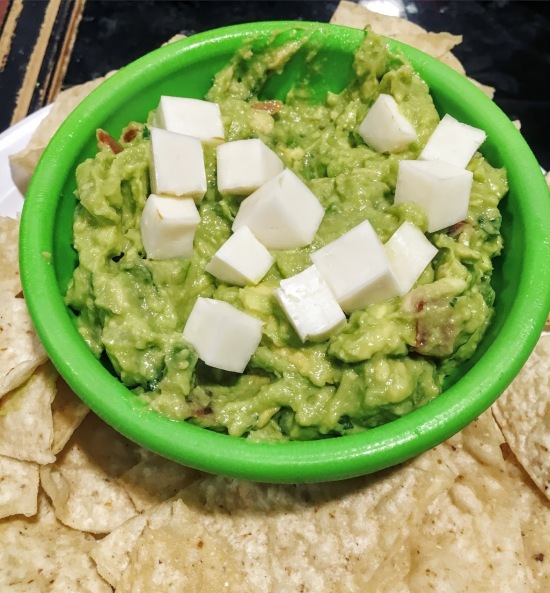 The guacamole was also delicious, but we’ve never seen guacamole with cheese cubes before.  I have no idea what kind of cheese it was, but it was very tasty.  Now that we’re full on tacos, it’s off to find ice cream!