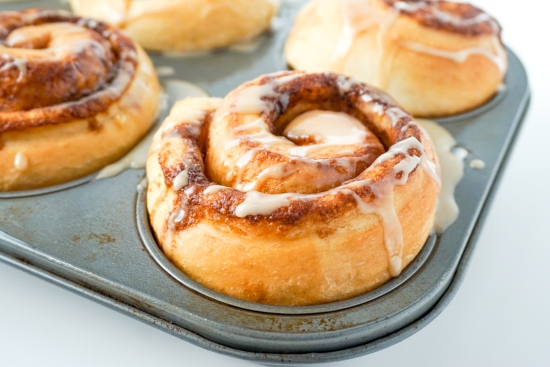 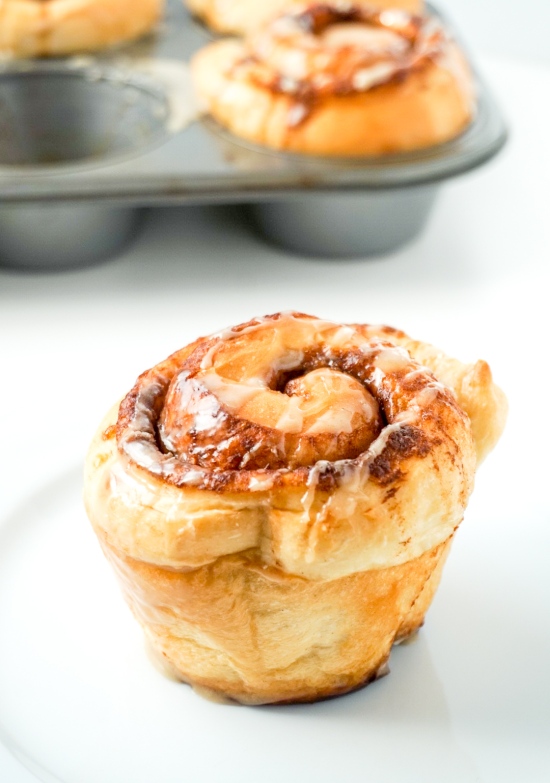 The other day I was in the mood for something sweet. Actually I was in the mood for cinnamon rolls, but didn’t want to go through the hassle of making them. Until I looked in the fridge and saw half a loaf of frozen bread dough. I wanted to make something that I could serve individually where I could freeze them and Miles could eat them throughout the school week for breakfast if he wanted to. So I decided to make a small batch of cinnamon rolls with a maple glaze.

While I love making almost everything from scratch, I love the convenience of having frozen bread dough around. It cuts the rising time in half. If you take a loaf out the night before and place it in the refrigerator, it’s ready to roll the next morning and then you only have to go through one rising process.

The rolls were great! Since I didn’t have any cream cheese, I decided to go with a maple glaze. I’m so glad I did! It made the rolls slightly less sweet which was great, but enabled me to eat more than one!

for the cinnamon rolls