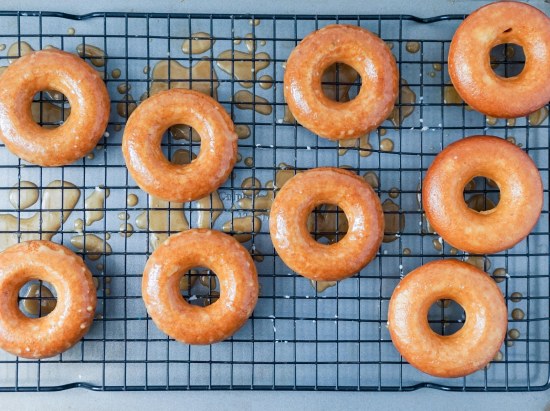 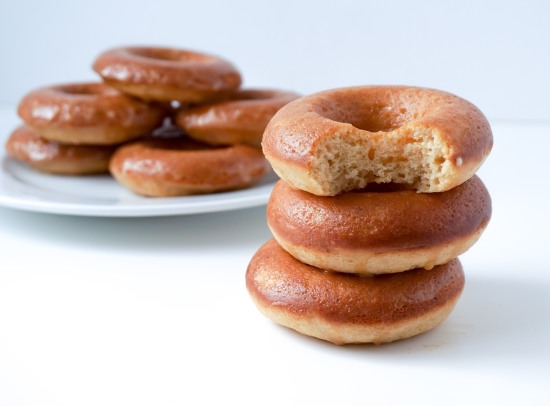 These apple cider donuts with caramel apple glaze is my second attempt at using my new donut pan.  I’ve found that filling these pans is like filling a cupcake pan.  Too much batter and it overflows and too little leaves you with something that looks like a teething biscuit.

I really enjoyed this donut.  It was dense like the cake donuts you get at the cider mill, but without the grease.  I really didn’t miss is this time.  And with the caramel apple glaze, it really did taste like a caramel apple.  I may convert the glaze into a frosting for future use on an apple cake!


Adapted from the faux martha