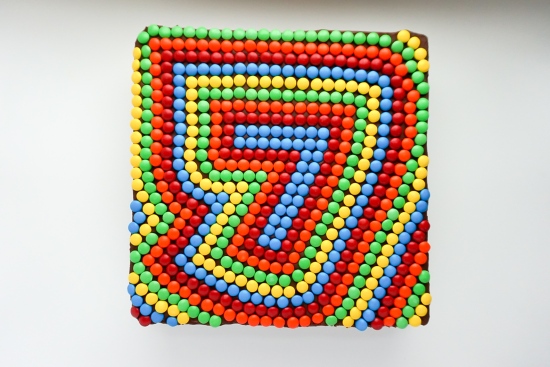 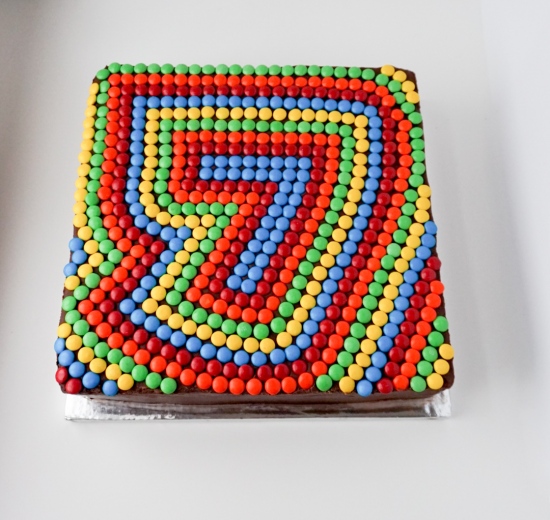 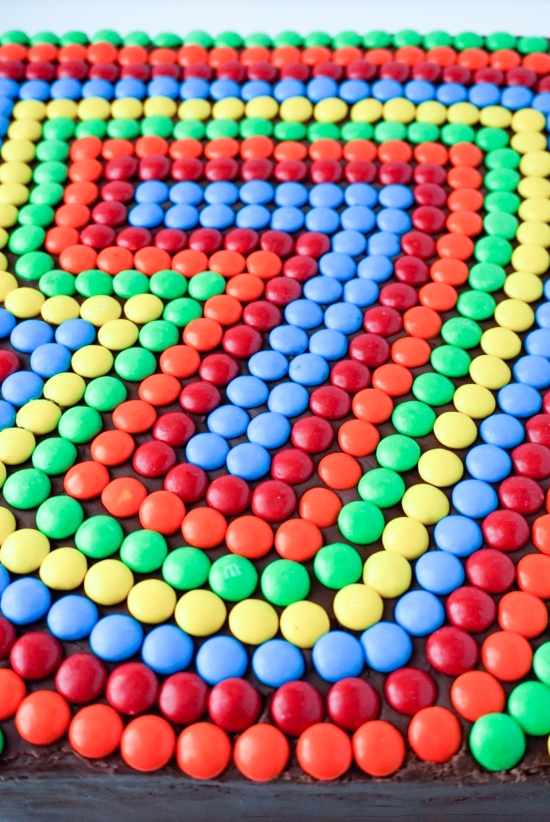 About a week ago, a friend of mine asked me to bake a cake for his son for his birthday. It was going to be a small gathering with just family and close friends. The bigger birthday blowout was going to be the following week.

I made the cake, a simple yellow cake with chocolate fudge frosting, and Jax (the birthday boy) seemed to like it. I found out later, that he liked looking at it, but not really eating it. He really likes cupcakes, but as most moms know, you pick your battles when it comes to logic and 7 year olds.

The next day he finally decided to try the cake, but didn’t eat a full slice. The following day he ate the entire slice asked for more and then decided that he wanted that to be his birthday party cake. That was Tuesday. The party was Saturday at 1pm. His mom (my childhood friend) called me up and asked if I would bake the same cake only bigger for the party. I was already planning to make the red velvet for Miles Friday night, but I had the time. I was more nervous about piping and having to write “happy birthday” on the cake. My handwriting is terrible.

We went back and forth over the size of the cake and what last minute things I would need, but we still hadn’t decided how to decorate it. I suddenly came up with the idea of m&m’s. I know I’m not the first person to have this idea, I was just trying to think of something that would cover the entire cake ensuring that I wouldn’t have to write anything. I suggested that I decorate the candies in concentric circles. I thought that would be cool since the cake was a square.

By Wednesday, I thought it was a lame idea and wanted to do something more interesting. I started poking around Pinterest and saw a lot of cakes in the shape of numbers covered with m&m’s. I thought they looked cool, but I was working with a square. Later that night I had an epiphany and thought about working with the number itself, with outlines surrounding it until I reached the end of the cake.

Thursday night I stopped by the store to buy two 42oz bags of m&m’s (wasn’t sure how much I would need) and sorted one bag by color. I also baked the cakes and chilled them until it was time to frost on Friday.

When I got home from work Friday night I immediately started working on the frosting and adding the m&m’s. As I reached the outer layers I ran out of green m&m’s!!! I had a ton of other colors, but no green. I had to open the second bag just for 12 green chocolate candies. I was able to work through that speed bump once I saw the finished cake. I thought it looked pretty cool. One of my friends said it reminded him of the number song from Sesame Street.

I dropped the cake off at my friend’s house on the way to Miles’ swim lesson and stopped by the party when we were done. I wasn’t able to stay for the cake cutting, but one of my friends did capture this photo. I think it was a true success. Jax is smiling and it looks like he even ate the cake!

I can also say that I am now the proud owner of 42+oz of m&m’s, so let the series of m&m baked good begin!!

Note: I used 13×13 inch pans for this cake, so I had to make one cake recipe per pan and double the frosting recipe.

for the classic yellow cake